The Baltic Gastronomy Leaders (BGL) is an alliance of organisations of Lithuanian producers of food and other agricultural products, established in 2018 as a confederation, the main purpose of which is to help producers export their products, increase the visibility of the quality of such products in foreign markets, and increase the added value of such products. BGL is a partner of the Lithuanian Business Confederation, which is the national committee of the International Chamber of Commerce in Lithuania (ICC Lietuva). 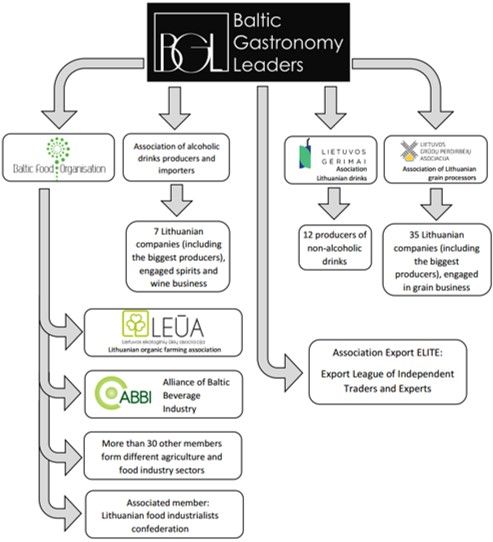 In 2019, the Board of BGL approved the main strategic directions for expansion into export markets (in descending order of importance): 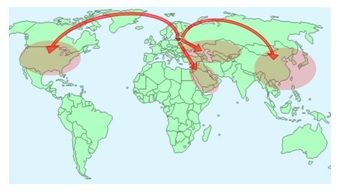 To achieve these export priorities, on April 3, 2019 BGL and ICC Lietuva signed a strategic cooperation agreement, providing for the following activities to promote exports: sharing of information and experience, expert assistance, partnership attracting private and state funding, cooperation at the political and embassy level to ensure comprehensive assistance for exporters.

To increase its access to the best expert minds, on April 9, 2019 BGL signed a cooperation agreement with the Faculty of Economics and Business Administration of Vilnius University, representatives of which before were invited to participate in forming BGL management and oversight bodies and will provide consultations on opportunities to expand exports.

Although BGL is a new organisation, its member-organisations and board members have considerable experience; for example, establishment of the Lithuanian beverage industry cluster in cooperation with Kaunas University of Technology, the organisation of the proper handling and disposal of packaging waste, and various projects for expanding food exports carried out in Lithuania, Latvia, Estonia, the USA, China, Russia, South Korea, Israel, Canada, Australia, Ukraine and other markets.

The general purpose of BGL is to enhance competitiveness and awareness of Lithuanian food and beverage sector produce contributing to the EU agriculture.

BGL members are associations (in various degrees) that unites food and beverage producing companies ranging from innovative small and medium companies to the leaders at national or regional scale. According to BGL estimates, the number of companies that BGL unites through its members is more than 70 (not including farms and individuals). Most of BGL’s direct economic and social relevance is concentrated in food processing and manufacturing activities, but due to tight interdependencies between food industry and producers of agricultural commodities, its indirect relevance to overall agricultural sector and farming is undeniable.

BGL operates as a knowledge company on behalf of its members and partners, which are leading companies in their respective food industries. To strengthen competitive position BGL supports development of internal market so that food sector has more opportunity to raise awareness of its strength. BGL members are associations (in various degrees) and individual members (companies and individuals).